This year we decided to break out of the mould and set ourselves a challenge. A new award for innovation was being offered, so could we present a completely different kind of display? We knew that there would be no chance of gaining the best floral exhibit prize, but instead we would go for something eye-catching. 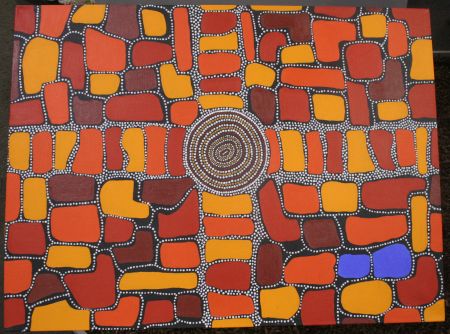 The theme for the Innovation Award was ‘paint the perfect picture’. The display had to relate to a specific painting, or the work of an artist. We worked with Angel Clemments, who is a 25-year-old Australian-born member of the Maiawalli tribe, who has spent the last six years in Scotland, using his art to share his traditional culture. His painting “The Meeting Place” uses ‘coloured blocks’ in a Central Australian style of Aboriginal art, to show four tracks converging. We linked that idea to the convergence of plants from all over the world, grown in our nursery and your gardens. 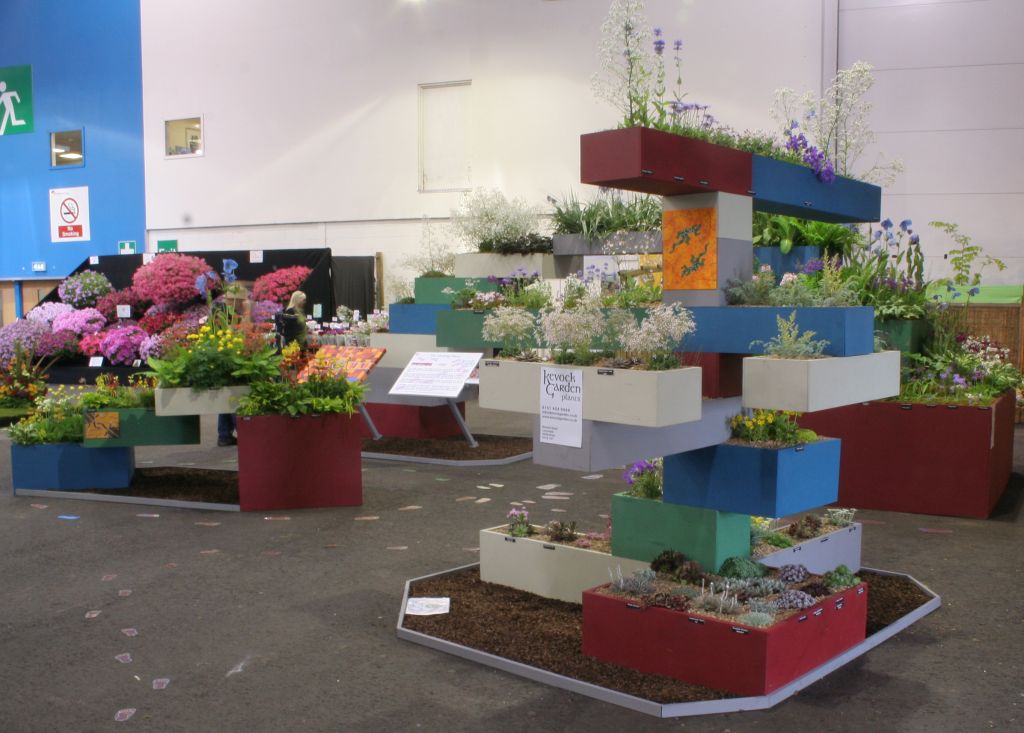 In our display, also using the theme of coloured blocks, four tracks meet, passing a mountain, a tree, a pool and a waterfall. On each of these is another of Angel’s paintings, depicting creatures that might live there. 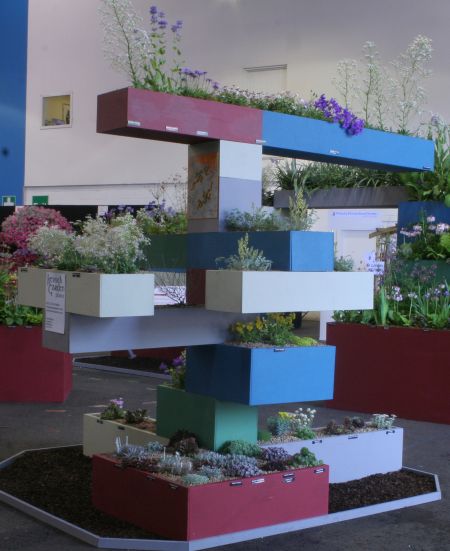 The ‘tree’ structure was the most adventurous, with long branches (boxes for planting) that seemed to be much too long to stay up, filled with alpines. 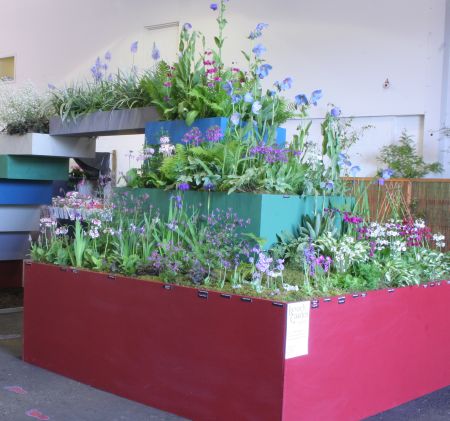 The ‘mountain’ showed Meconopsis, Primula, Paeonia, Iris and many other flowers, all with colours in the blue/purple/red/pink/white range, backed with masses of foliage. 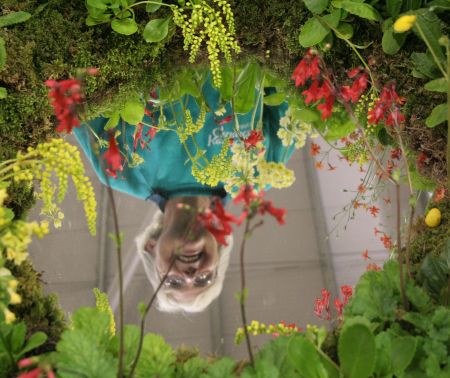 The ‘pool’ was in one of four square boxes, stacked to make a broad arch. The pool itself was actually a mirror, in which reflections of surrounding Ourisia coccinea, yellow primulas and Chiastophyllum oppositifolium (not to mention the managing director!) could be seen. The rest of the planting was also in the red/orange/yellow colour scheme – bright and vibrant. 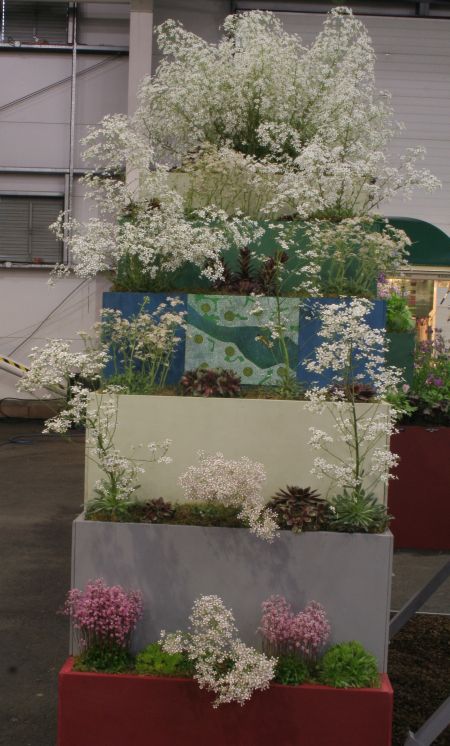 The fourth component was the ‘waterfall’. This was represented by six stacked boxes, each stretching further out. At the top level was a magnificent specimen of Saxifraga ‘Nicholas’, well over a metre across, with an estimated 25000 flowers. This was viewed by the Joint Rock Garden Committee on Saturday, and ‘Nicholas’ was awarded a First Class Certificate – the highest award a plant can gain. Down all the lower boxes cascaded masses of other saxifrages. 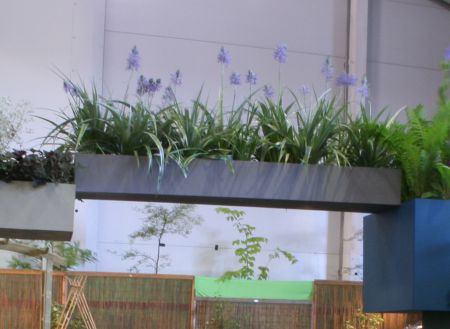 Finally, one more box bridged across from the waterfall to the top of the ‘mountain’, so visitors could walk below part of the display. Here pale blue Camassia cusickii was shown, supported by grey-leaved Astelia chathamica. Certainly a meeting place of plants from far afield. 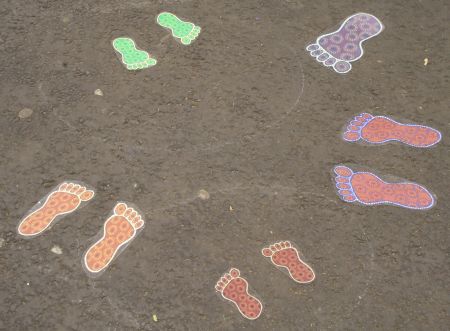 Between the four parts of the display were sets of footprints leading to the central ‘meeting place’. These were based on another of Angel’s paintings. A portfolio of his work can be seen at www.maiawalliart.etsy.com. There you can buy his paintings (including those in the display), as well as greetings cards and gift tags.

Yes - we did win the Innovation Award!

There are more pictures of each of the four components of the display, the tree the mountain the waterfall and the pool.

Thanks to St Andrews Timber & Building Supplies for sponsoring the woodwork.